Jamaican born Barbara Gloudon is a journalist, playwright, writer, and the first female chair of the Jamaican Council Institute for the Arts. Gloudon has worked extensively with Jamaica’s Little Movement Theatre Company (LTM) has written an extensive number of pantomimes for them. Her pantomime The Pirate Princess first staged in Jamaica in 1981 was later produced by Temba Theatre Company for the 1986 Black Theatre Season. 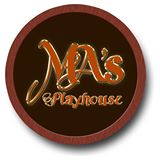